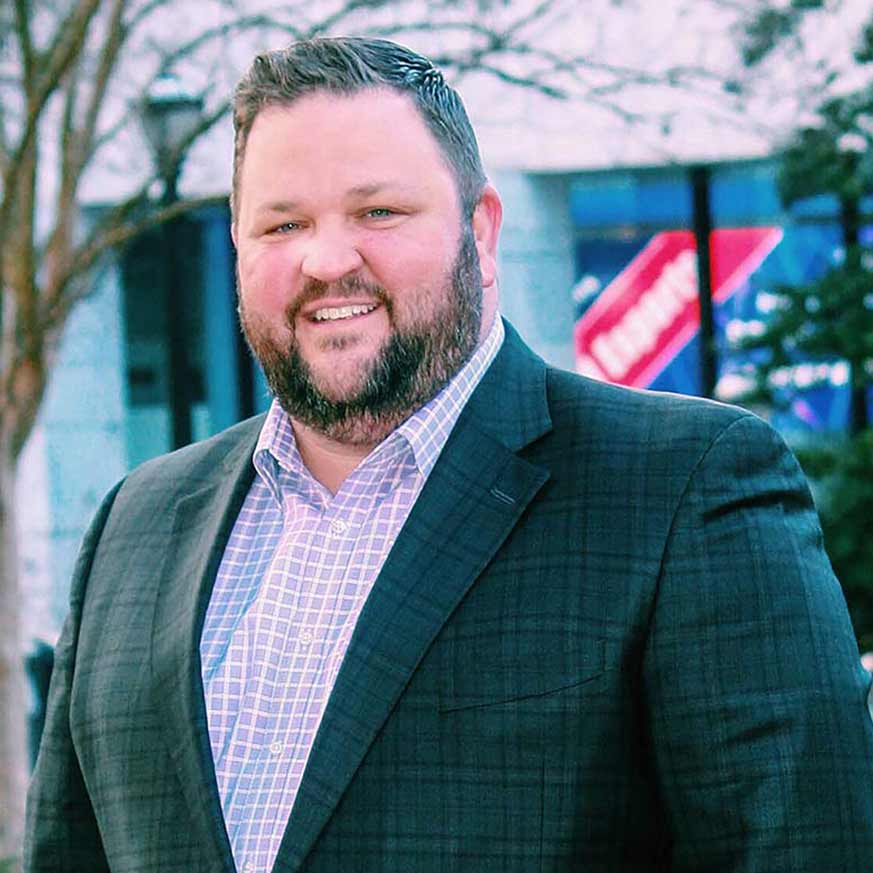 Back in Black – AC/DC

“Do not go where the path may lead, go instead where there is no path and lead a trail” – Ralph Waldo Emerson

1994 Opening Day at the Jake with my dad

What Actor/actress would play you?

Olecki uses the lessons he learned as a former student-athlete playing offensive line at Morehead State University in his professional career. The genesis of Trenches, Olecki brings those traits to the workplace every day by not being afraid to do the dirty work while making sure his clients and partners are the all-stars, in the spotlight, getting all the accolades.

Before starting Trenches Sports and Entertainment, Brad was part of the founding leadership team that developed, designed, funded, built and managed the College Football Hall of Fame in Atlanta, GA. As the Chief Revenue Officer, Olecki lead the efforts to raise the funds to build and operate the College Football Hall of Fame and Chick-fil-A Fan Experience. A true public/private partnership, the Hall was almost entirely funded by corporate sponsorships, foundation gifts, and individual donors. He was responsible for developing corporate partnerships for the Hall, strategizing and implementing the philanthropic, grassroots and membership strategy as well as unique marketing programs and special event strategy, while managing group ticket and event sales.

Prior to joining the Hall and Trenches, Olecki worked in managerial roles for ISP Sports (now IMG College), the Atlanta Spirit and Action Sports Media. He specializes in strategic sales planning and team leading, relationship building, philanthropic fundraising, creative partnership development and execution along with partnership negotiation. Managing strong relationships with a wide range of premier corporations, foundations, and individuals, Brad has been instrumental in creating and implementing sports, entertainment and cause marketing programs on their behalf. These experiences have allowed him to develop a unique skill set having been a full-time employee at the property level and worked with several outsourced consultants and sales agents. It was this experience that gave him the idea to start Trenches and fill a specific need for similar properties.

A long time Atlanta resident, Olecki attended Morehead State University where he received his bachelor’s in Business Administration and was the Team Captain and All-American on the Eagles’ football team. He sits on the Board of Directors for Curing Kids Cancer and Silverton Foundation as well as assisting with several Metro Atlanta Boy Scouts’ initiatives including the Peach of an Athlete Role Model Banquet and Sporting Clays event. Olecki lives in Smyrna with his wife, Margaret Anne and two boys Benjamin (5) and Andrew (4).